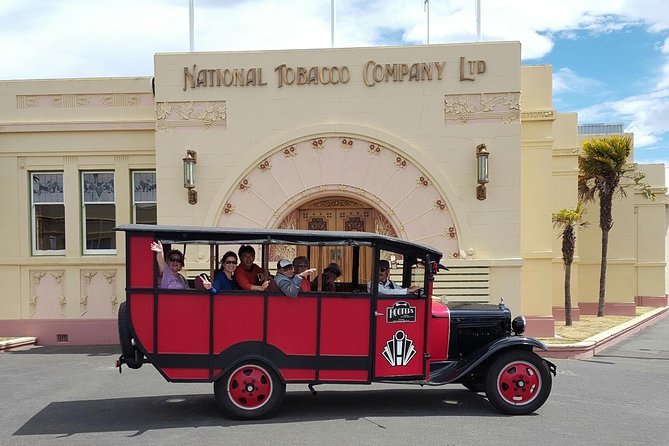 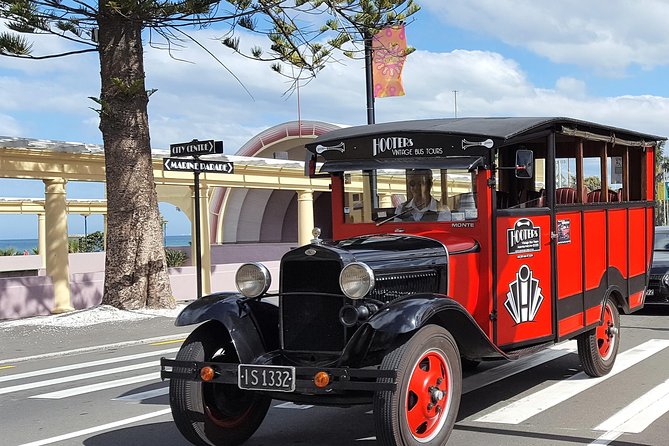 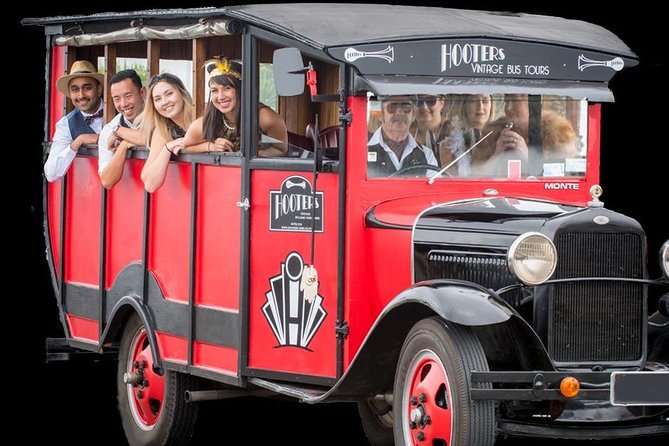 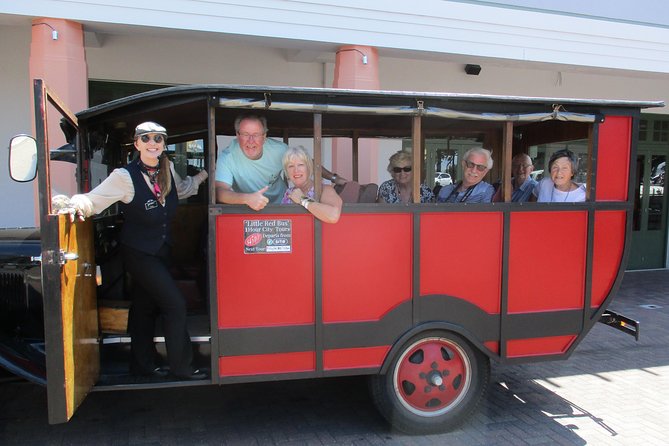 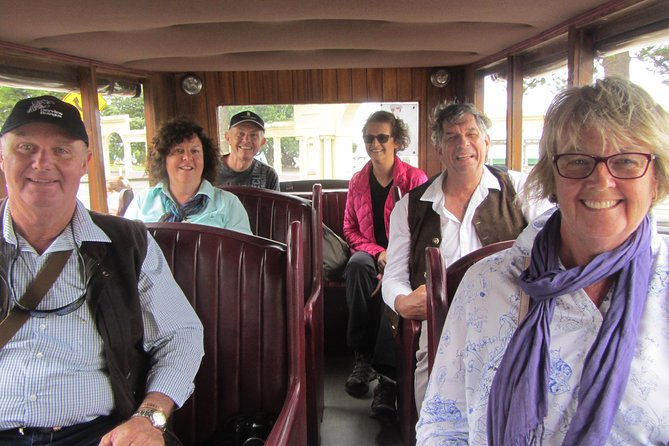 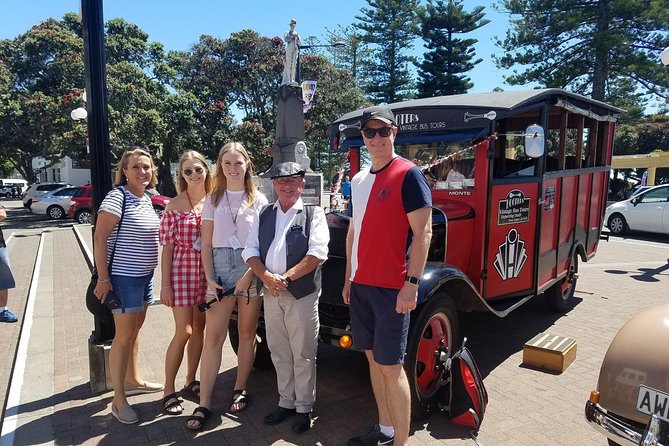 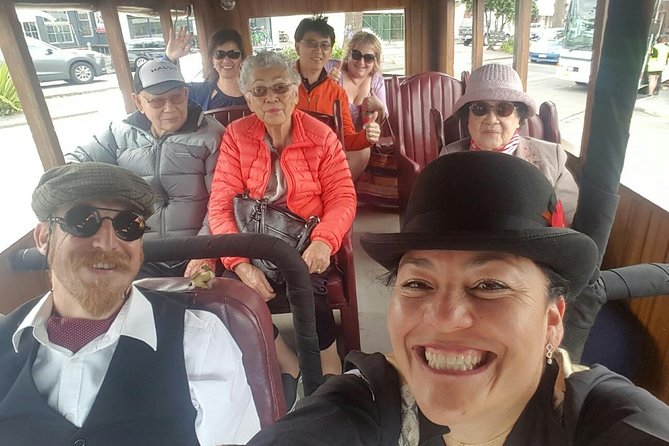 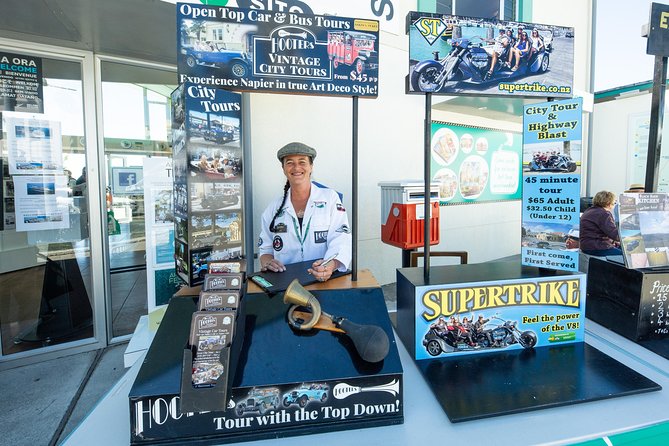 A one hour city tour in New Zealand's only Ford Model AA vintage bus. A great way to introduce yourself to Napier and our Art Deco City. Your friendly, knowledgeable driver/guide will entertain you with stories of Napier's past as you soak up the sights through the open sides. No glass in the windows means no nasty reflections and a cool breeze on those warm summer days. The bus has been fitted with modern speakers so that everyone can enjoy the commentary.Please note that due to the nature of the vehicle, some of the seats are quite narrow. Larger passengers are advised to arrive early to get a double seat when possible.On cruise ship tours, times may vary slightly due to delays in docking; please head directly to the Hooters stand at the first shuttle stop to confirm your departure time.

from
$123 NZD
Wineries Honey and Black Sand Beaches from Auckland