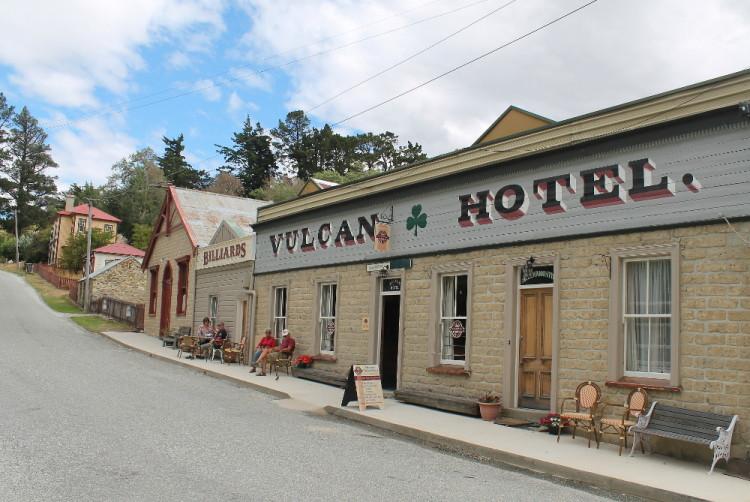 The former gold and coal mining town of Saint Bathans, lies deep in the heart of the Maniototo District in New Zealand’s Central Otago Region. The town was named for the Scottish Borders village of Abbey Saint Bathans by early surveyor John Turnbull Thomson; the Scottish village was the birthplace of Thomson’s maternal grandfather. The area had previously been known as Dunstan Creek. The town itself once boasted over 2000 miners and no less than 13 pubs. Today the only remaining Hotel – the Vulcan Hotel dating back to 1882 – is the primary tourist attraction for the area. It still provides accommodation and meals for passers-by.Room One of the Vulcan Hotel is reputedly home to the spirit of a young woman, thought by some to be a prostitute known as Rose, who was strangled to death in the hotel in the 1880s, and allegedly still appears from time to time. The thing is – she only haunts men. One night, back in the town’s gold mining days, an itinerant prostitute called ‘The Rose’ rented the front room of the hotel. In the morning she was found raped, robbed, and strangled to death. Over the years, Rose has been seen and felt by staff members and guests alike at the hotel. There have been many reports of lights going on and off, doors creaking, drops in temperature, phantom footsteps, ghostly apparitions, and mysterious shadows seen at the foot of the bed. Groaning is heard in hallways, kettles boil without being turned on, and doors lock themselves. The spirit is often seen reclining on a chaise longue in the dining room. Male guests staying in Room One, the room in which The Rose met her untimely death, have reported feelings of being held down and throttled.

Tranquillity at the Tiers

Apartments On The Waterfront